*There is no guarantee of a successful outcome in any particular case. Each case is different. Results may vary depending on your particular facts and legal circumstances. 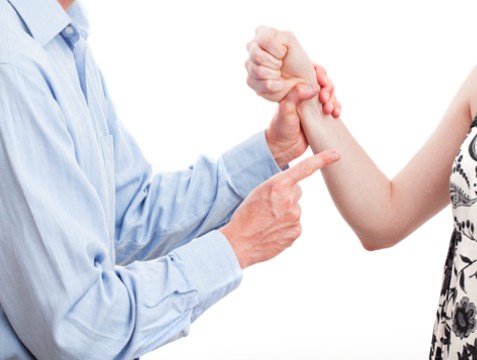 Any conduct prohibited by any criminal law—whether state or Federal—which is committed against another person could be grounds for removal from or prohibition from entering the United States if, e.g., such misconduct is a certain category of felony or a crime involving moral turpitude as defined under immigration law.

A different ground for removal from or prohibition from entering the United States might be a conviction—usually in a state court–for violating the terms of a domestic violence restraining order.

A domestic violence restraining order itself is simply a directive—not a conviction—from a court prescribing the extent and nature of contact allowed with an alleged victim by an alleged perpetrator of domestic violence. Even this level of contact with the legal system, however, could be weighed against a non-citizen’s future claim of good moral character.

A representative example is that of a client that found himself being arrested and charged with criminal offenses relating to alleged domestic violence, and subjected to a restraining order. The client retained prominent criminal defense attorney NJ, Bartholomew Baffuto.

The end result was that all charges were dismissed and the restraints were dissolved.

For this caring and compassionate New Jersey criminal defense attorney, situations are similar but every client is a unique human being who is in trouble and needs help.

Client is a legal permanent resident of the U.S. (green card) and was charged with criminal charges relating to an alleged incident of domestic violence. A restraining order issued against him.

The client knew that a record of proven domestic violence could damage his immigration status, putting his green card or future naturalization at risk. He knew that he had to hire a New Jersey criminal defense lawyer that is well informed about immigration laws and regulations.

The client retained Bartholomew Baffuto, criminal attorney Jersey City, and all charges were dismissed along with the restraining order.

The client and his family were very grateful to this criminal defense lawyer in New Jersey, because winning the case avoided immigration issues as to domestic violence and protected their chances for a life in America.

After being arrested and charged with criminal offenses relating to alleged domestic violence, and subjected to a restraining order, the client retained prominent New Jersey criminal lawyer, Bartholomew Baffuto.

The end result was that all charges were dismissed and the restraints were dissolved.

If you are a non-US citizen (green card, visa, or illegal), certain convictions can affect immigration status. To learn more about this issue, please visit our International Clients page.